DER ABGANG (The departure) 2018 Odour of an elephant, postcard made of elephant dung Lichthaus / Kunstverein Arnsberg 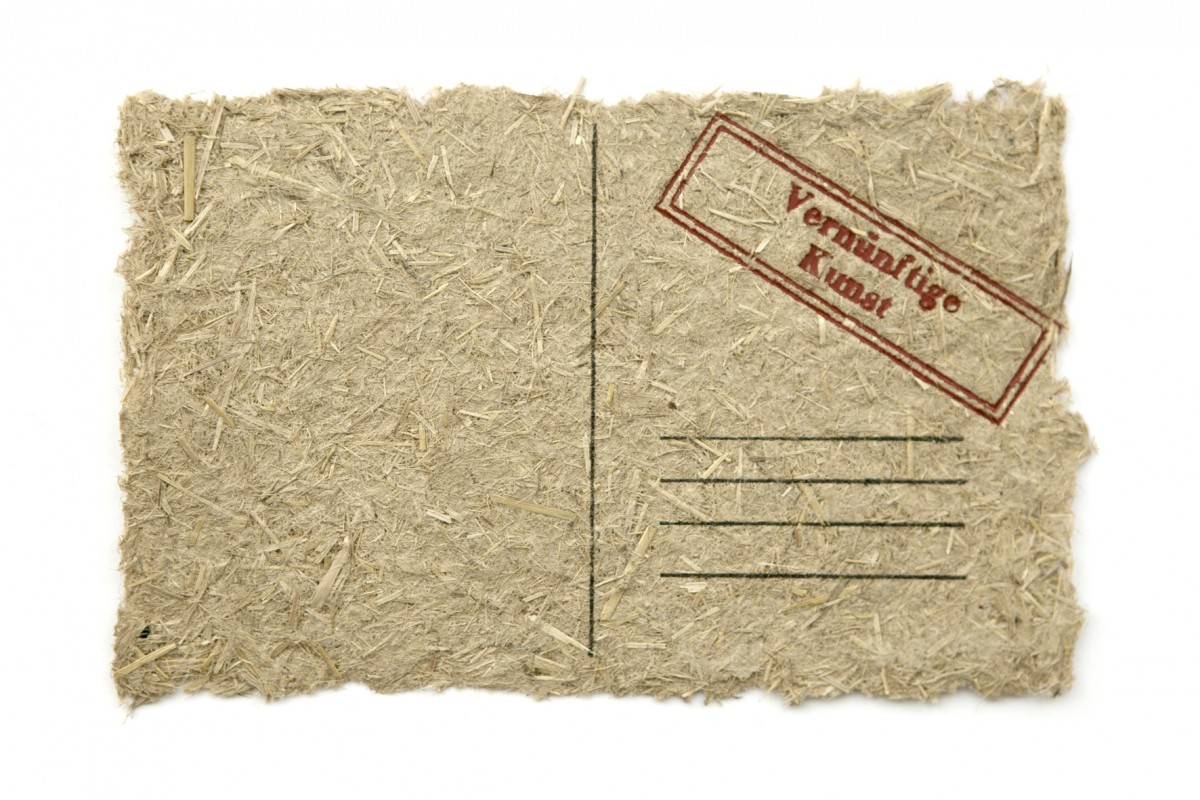 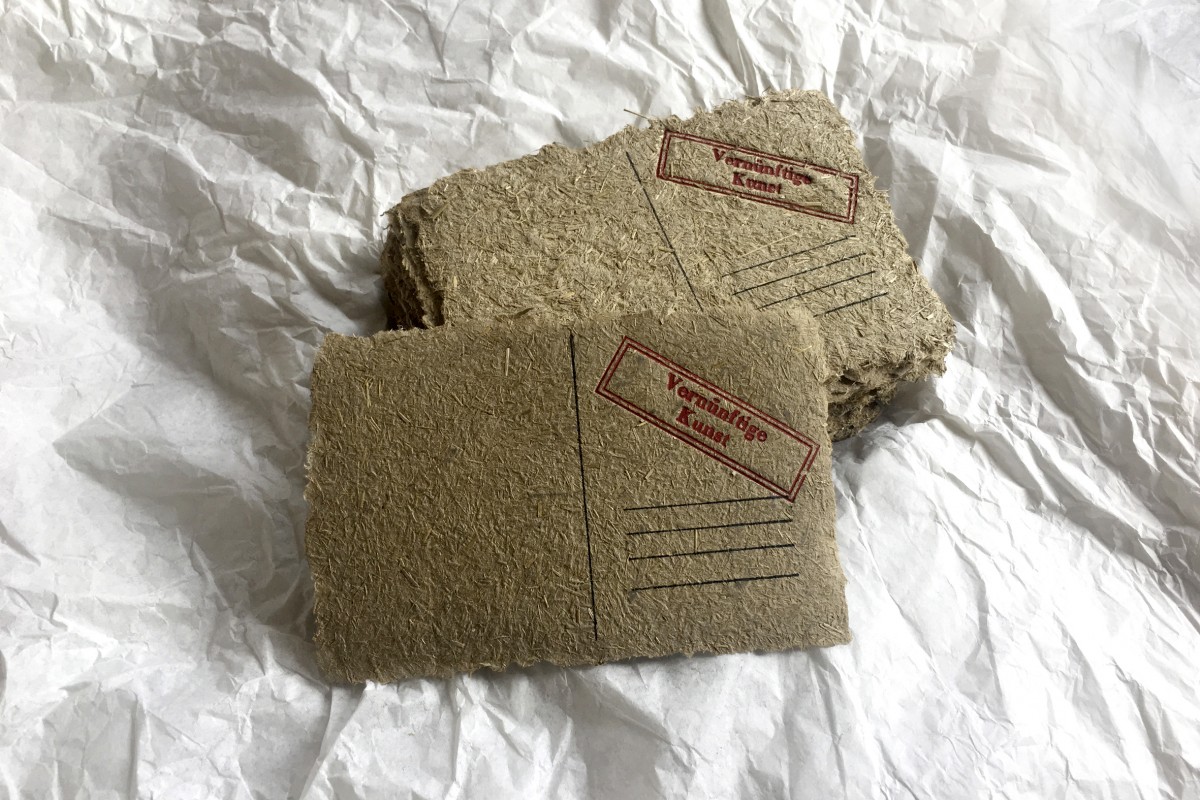 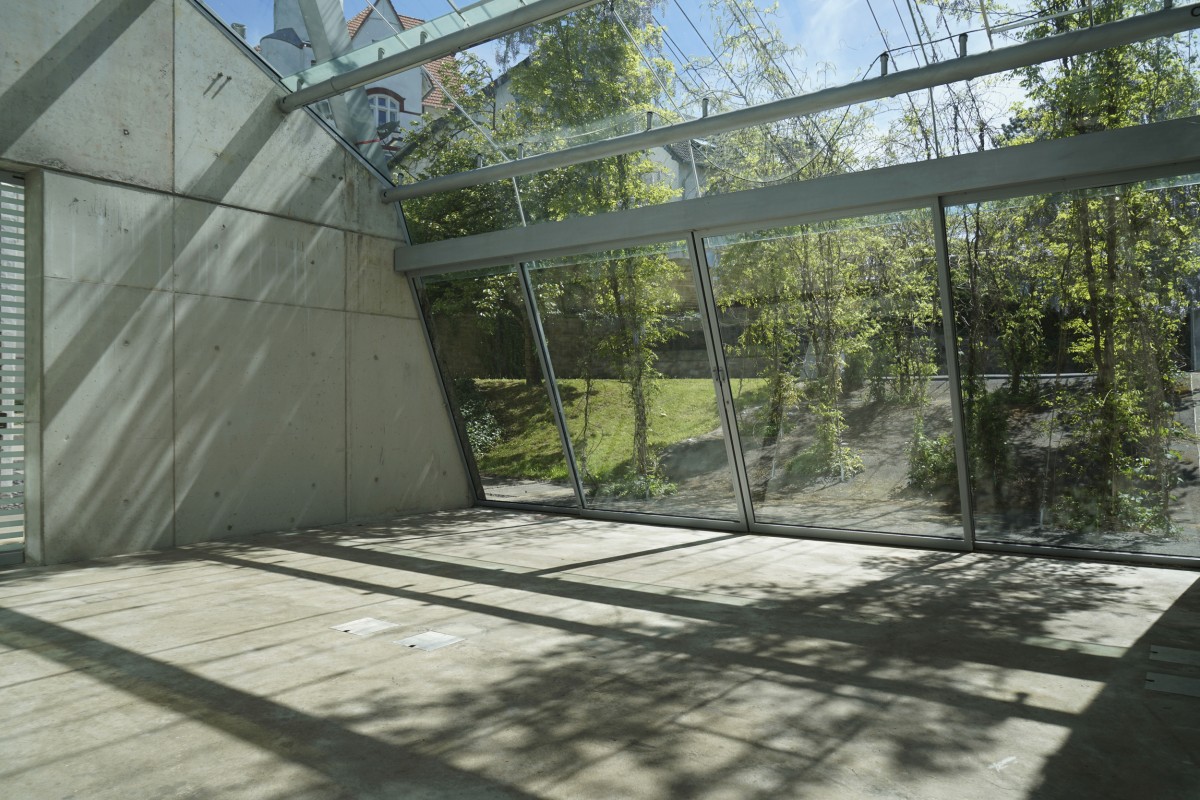 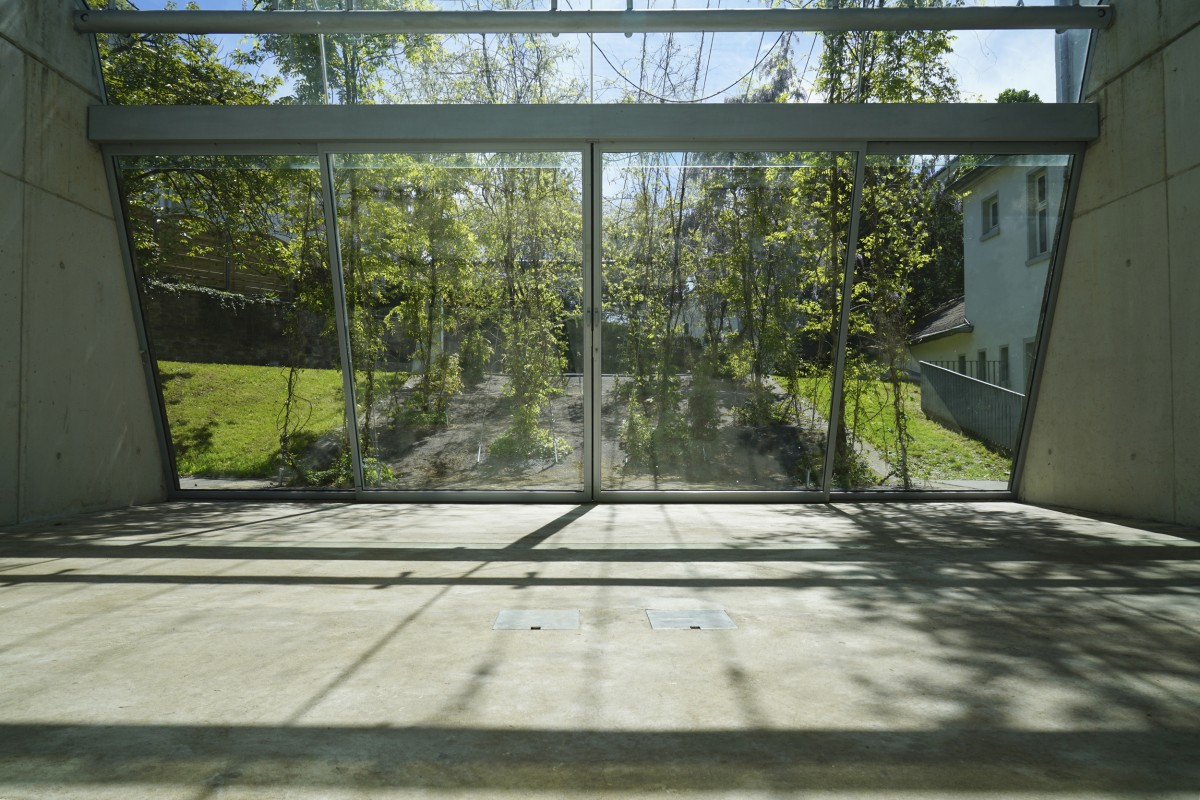 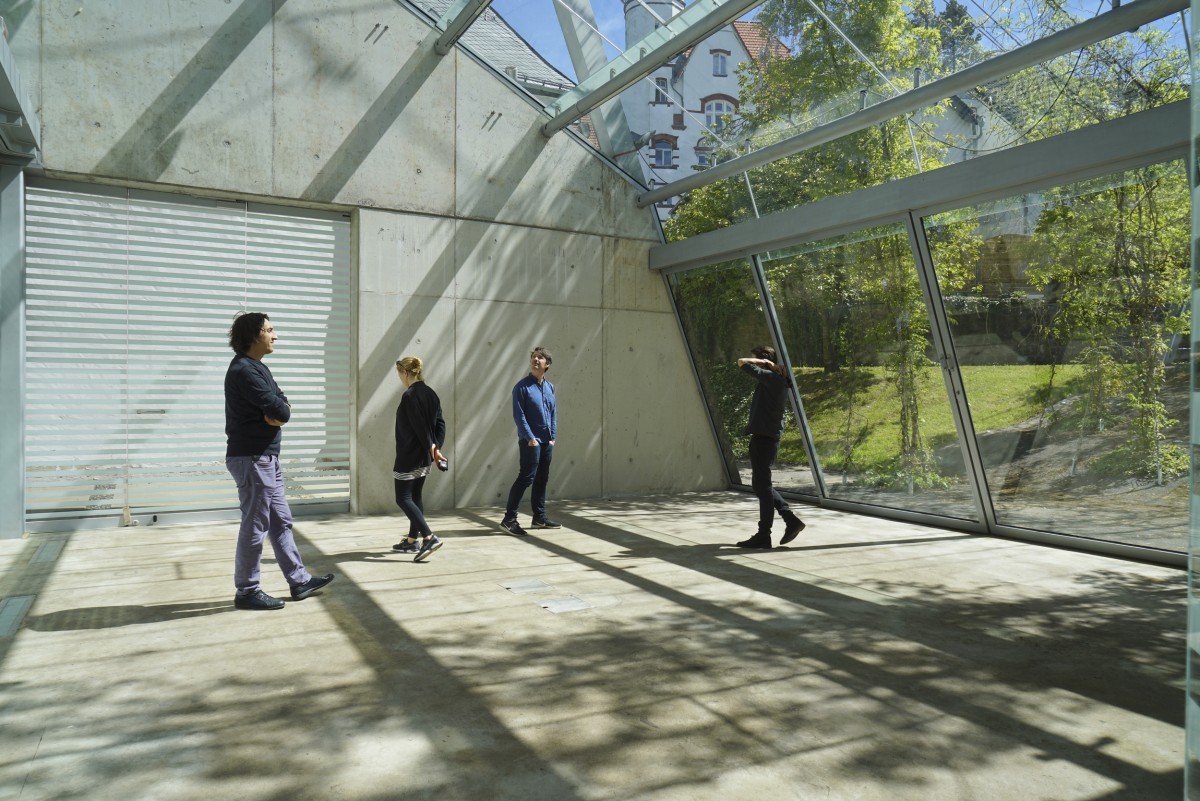 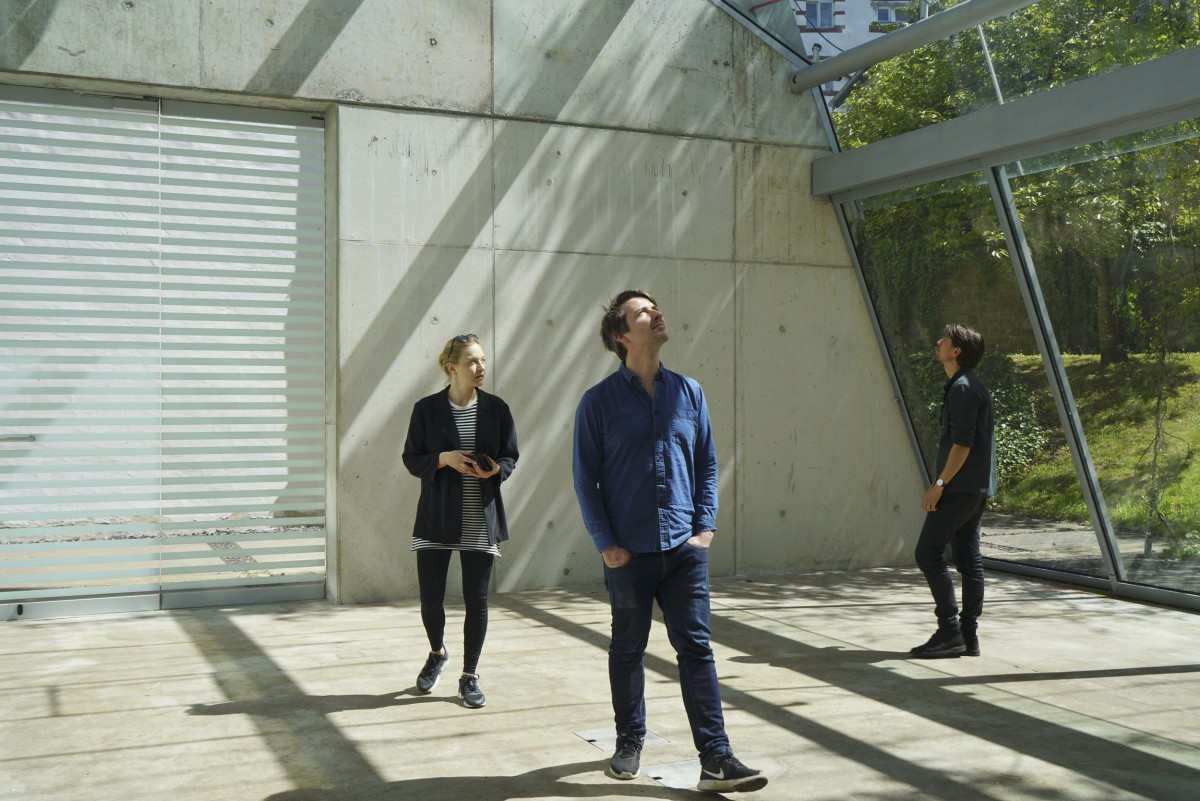 Odour of elephants in the exhibition space 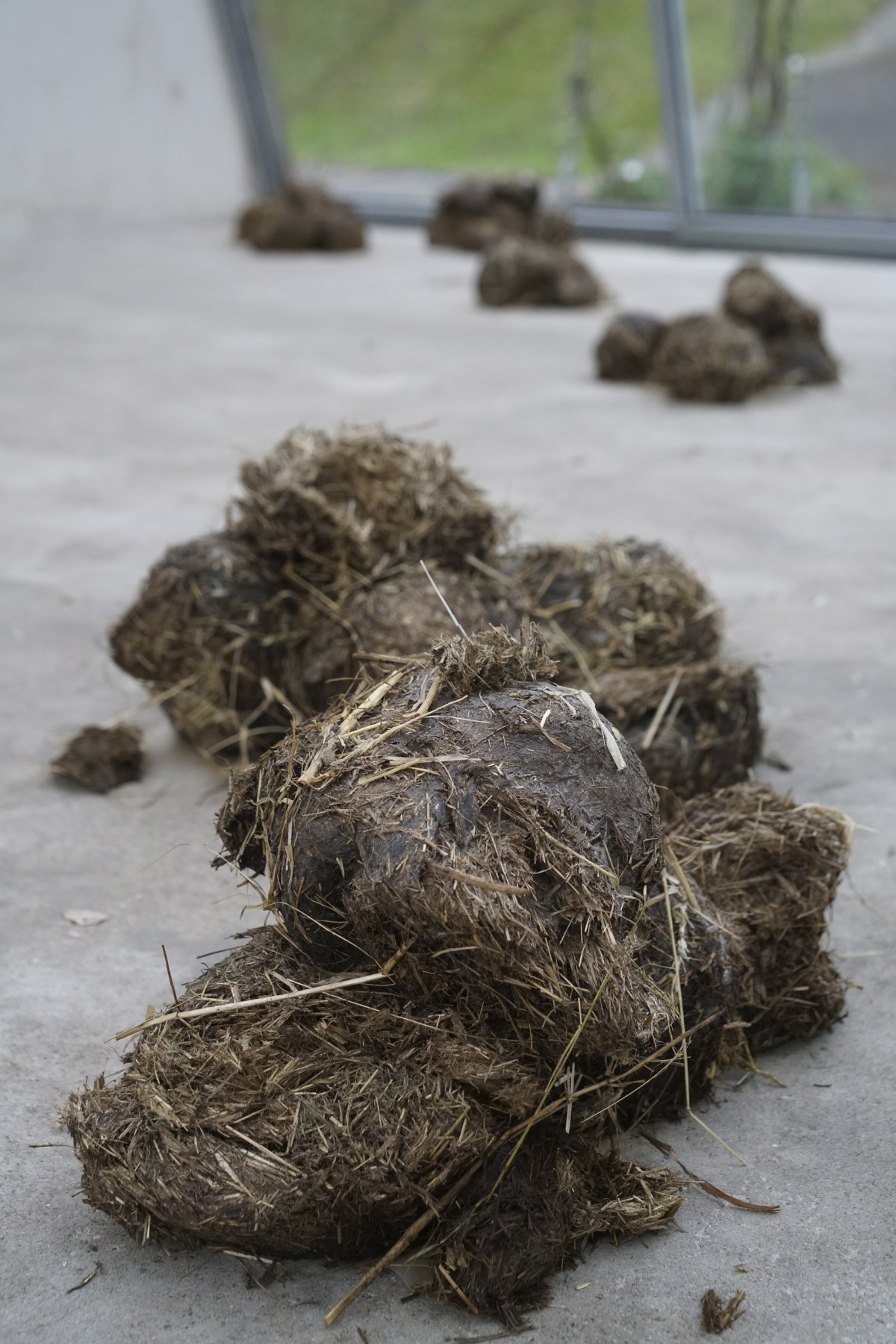 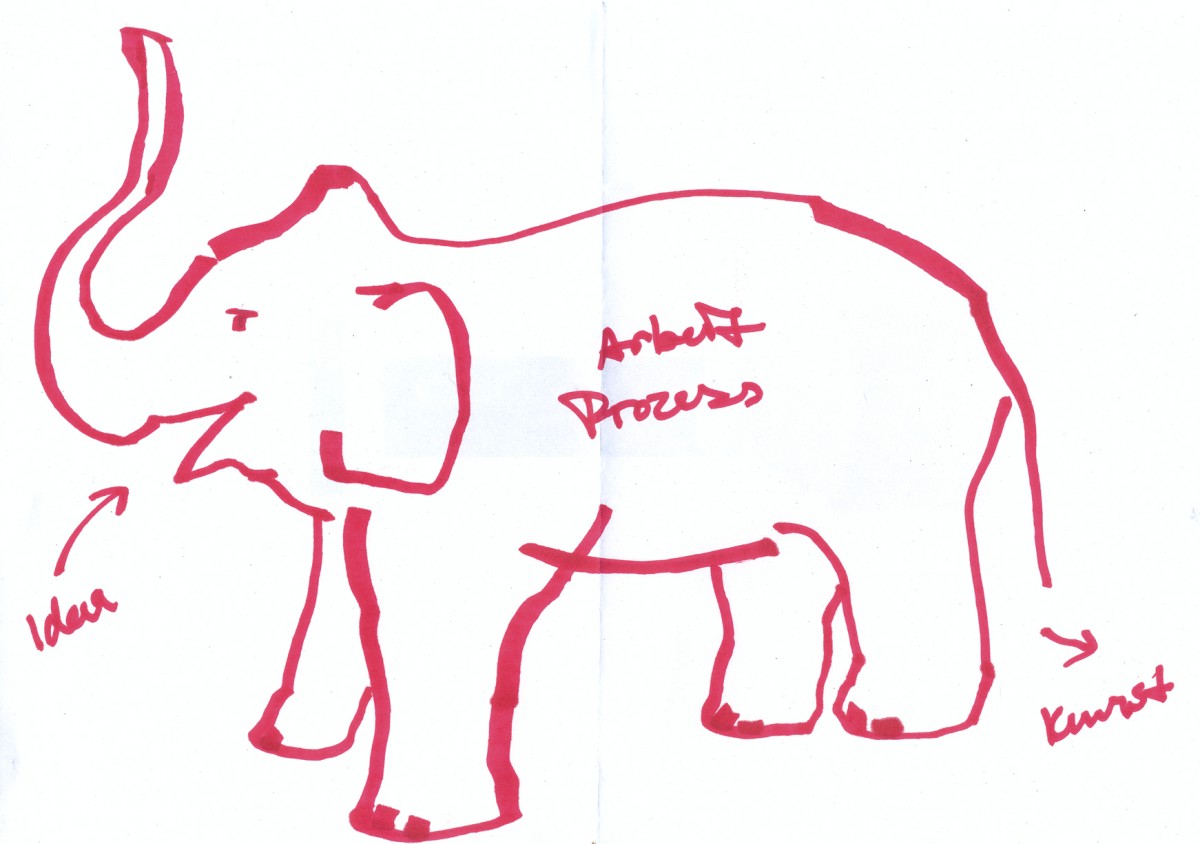 In the Lichthaus Arnsberg artist Jeewi Lee continues her Projekt ‘Blinder Beifall’ (Blind Applause) with ‘Der Abgang’ (The Passing). For the first part in 2016 in Berlin, she invited the legendary Circus Busch to her exhibition. In the centre of the exhibition space she installed a circus ring, in which the circus animals and artists appeared. All the circus animals except one - the elephant would not fit through the gallery door.

At the exhibition opening the show was already over. The circus ring was deserted. The show had been drawn in the sand on the floor - visitors could discover prints and other traces of the animals, inspecting and discussing them. The work inspired questions and myths, and challenged their powers of imagination. Its continuation now takes place in the Lichthaus.

The generous architecture of the Lichthaus allows for the easy movement of an elephant inside and outside of the building. However, the Circus Busch, when Lee contacted them again, no longer had any elephants. After six generations in the Circus, the Busch family had given up their elephants in 2017. In recent years, circuses are increasingly under pressure to hand over their animals to zoos or animal parks. The traditional artistic vocation of animal trainer, usually passed on from father to son, is dying out. This development, however, is only the beginning:

Demands for fair treatment of animals are becoming louder. New scenarios for a radical rebuilding of society towards complete harmony with nature are taking clear form. After the requested ban on animals in circuses, the zoos are next. They, too, should become animal-free: children can get to know all these exotic animals through TV and the internet. Exotic wild animals do not belong in Germany - they need freedom and their natural environment. They should return to their countries of origin. In Germany only German animals should remain. In the name of animal welfare, the transport of animals should be banned. Raising, taming, riding, milking, confinement and putting on a leash are seen as limitations of animals’ freedom and should be banned. A vegan diet is preferred, whereby we should be careful not to eat up all the plants for the animals. No-one may cause hurt, pain or harm to a animal without reasonable cause. Even animal predators should no longer attack, injure or eat other animals.

The authorities responsible for matters of animal rights rejected the showing of the elephant in the Lichthaus and the city of Arnsberg acted in accordance with their decision. Exceptional permits are only granted when reasonable grounds exist. With this rejection, the city of Arnsberg has declared a new art form into existence: reasonable art. This new art movement radically distances itself from crazy boundary-pushers and devotes itself exclusively to the production of something new and previously unseen: reasonable art. Jeewi Lee takes on the great challenge, at least for one exhibition, to represent the new movement, and designs the stamp of ‘reasonable art’. This seal of quality is embossed into elephant paper, produced by the artist for this exhibition out of elephant dung.

Parallel to the cancelled appearance of the elephant in the Lichthaus, public shows of big cat trainers with their tigers take place in Arnsberg. Countless animal transports drive across Europe to the slaughterhouse around the clock. TV programmes, advertising and film productions are granted permission for the use and featuring of animals. Business is allowed to do so much, and art so little. This consequent position and caring for animals is an artwork in itself. The circus goes on.

The power of nature inspires many artists who admire animals. Exhibitions involving animals are no rarity and rather than exploitation, are actually an homage. This exhibition project was also born out of love and admiration for animals. Animals need food and drink, housing, vets, care and entertainment. The fee from the rejected appearance in the Lichthaus would have covered the maintenance costs of the elephant for several months. Is it in the interests of these experienced circus animals to deny them their only occasional source of income? How can the existentially-threatened animal keepers look after their animals when they are refused work?

For us, the issue is no longer one of the elephant in the Lichthaus, but rather of education, freedom and future. Fear and populism threaten cultural values and humanistic traditions. Artistic freedom gets ignored, artistic projects censored or not financed, cultural development diverted. How are we supposed to develop a daring and exciting cultural landscape by being well-behaved? How can we promote innovation and change while fearing judgement and failure? How can we develop intellectually by retreating from discussion?

Lee's exhibition project is an homage to animals. Like Noah’s ark, it took in the last animals from Circus Busch. Only the elephant was left behind, and the longing remains. This discrimination continues, and Lee is also not able to complete her project in the Lichthaus. She can, however, set things in motion, and initiate a public discussion of the relationship between humans and animals. The elephant is not physically present, but nonetheless makes a clear appearance. A strong smell implies the presence of the large animal. Instead of showing results in the Lichthaus, Lee shows the process: a working process. A process of transformation. A process of digestion. Lee’s installation in the Lichthaus is composed of the mass of events surrounding this exhibition and of the product and consumption of one elephant for one day. A strong smell indicates the animal’s presence. This mass is no longer visible, but nonetheless sensorily perceptible.

The elephant has not only entered the Lichthaus, it has also wandered through the glass walls, out into the city.