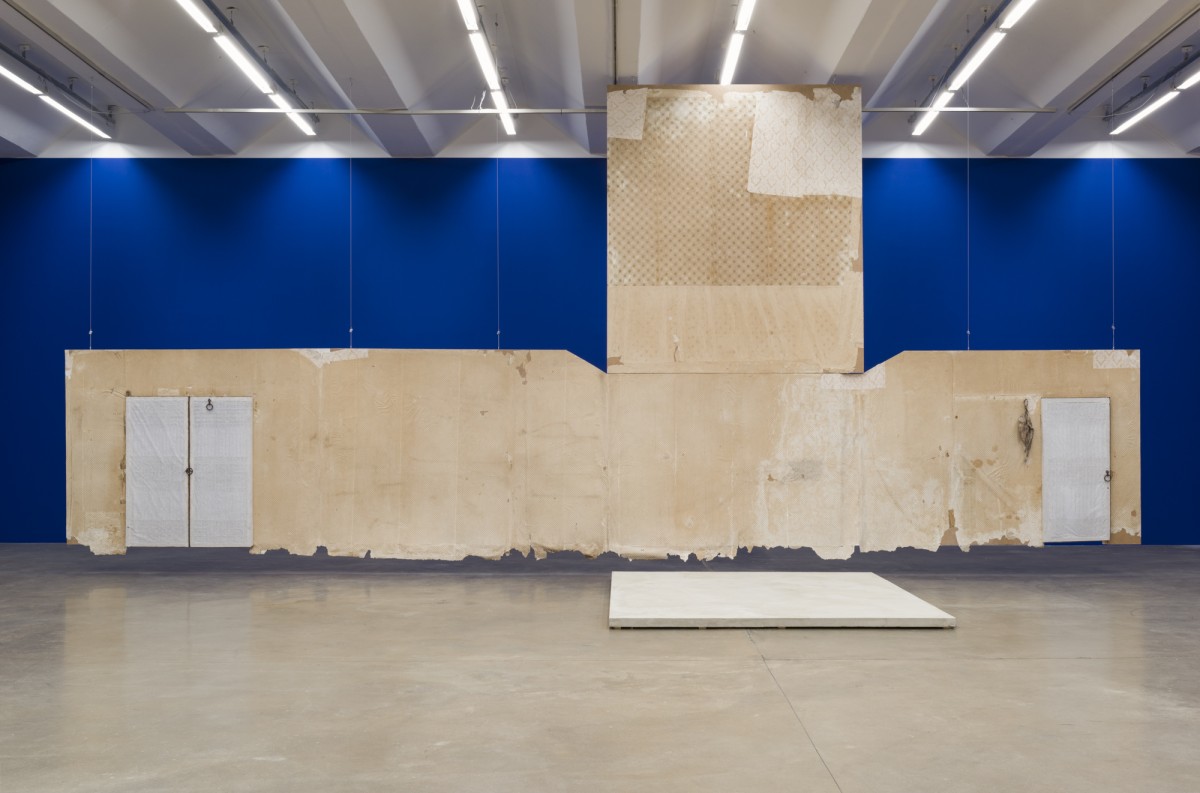 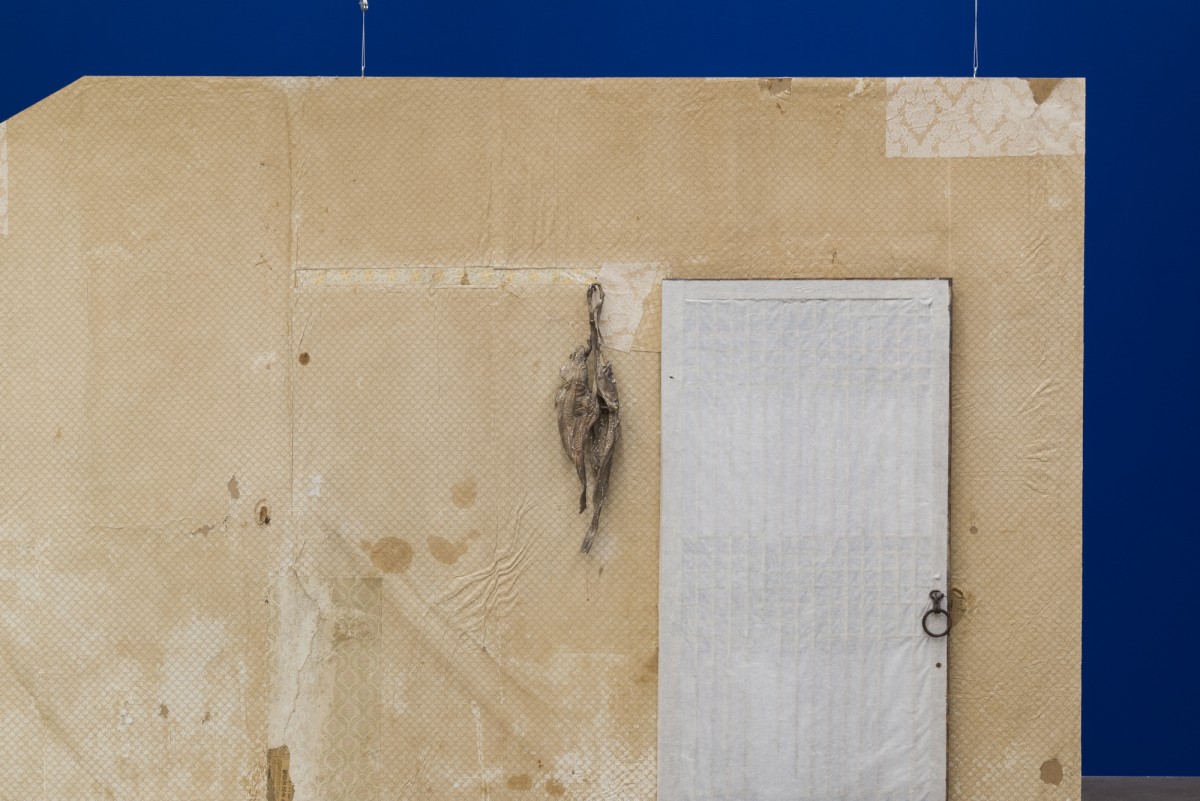 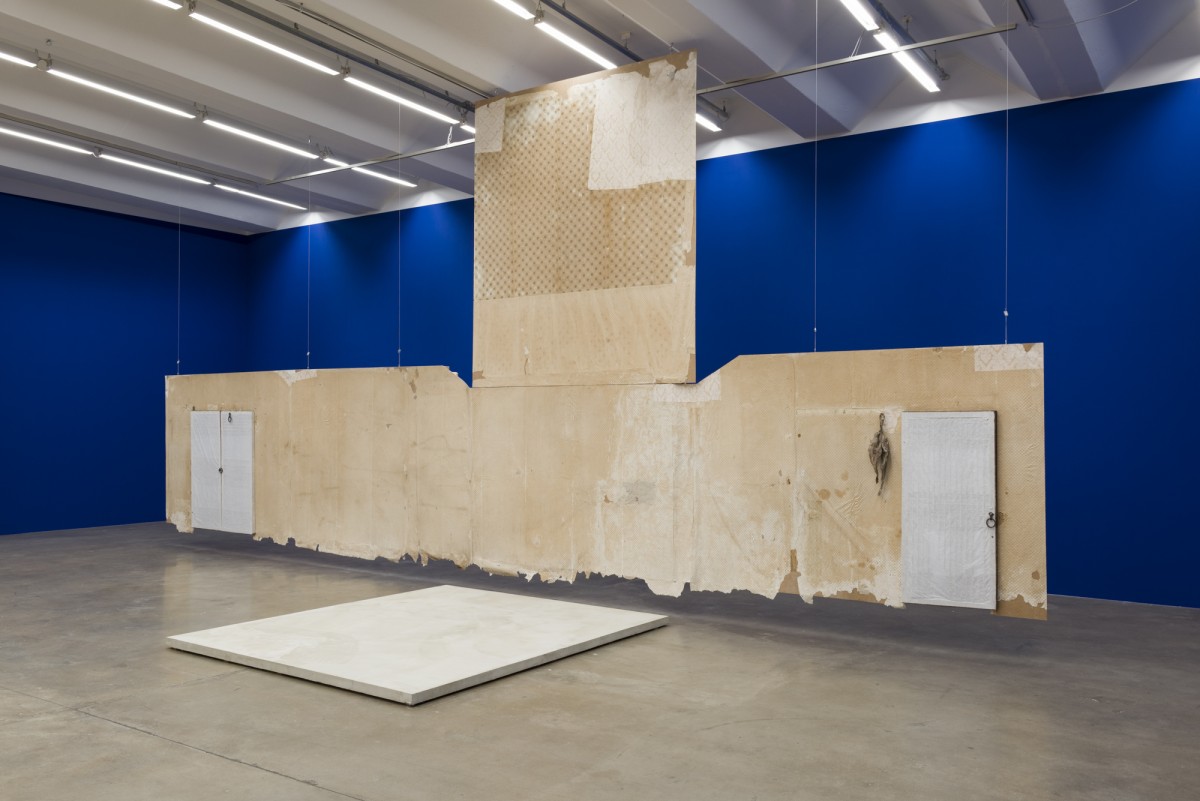 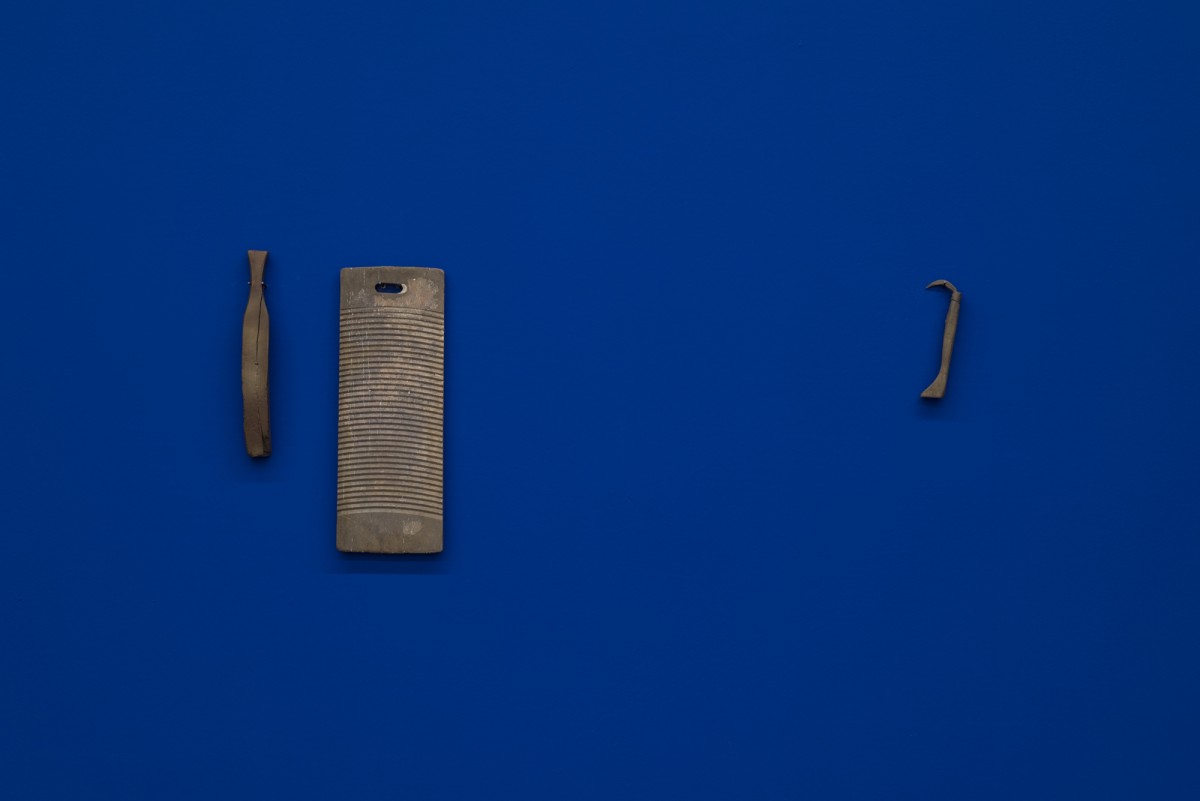 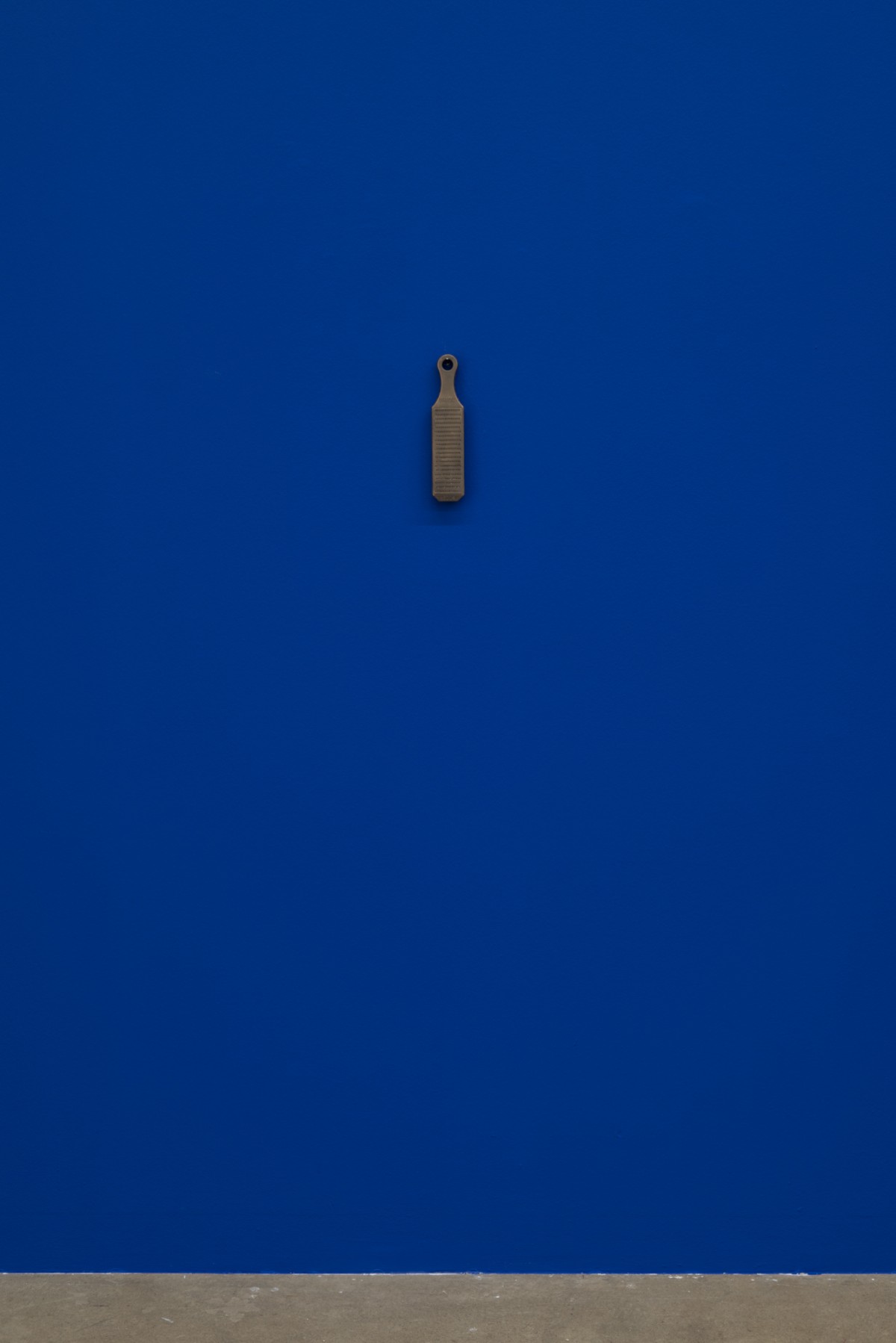 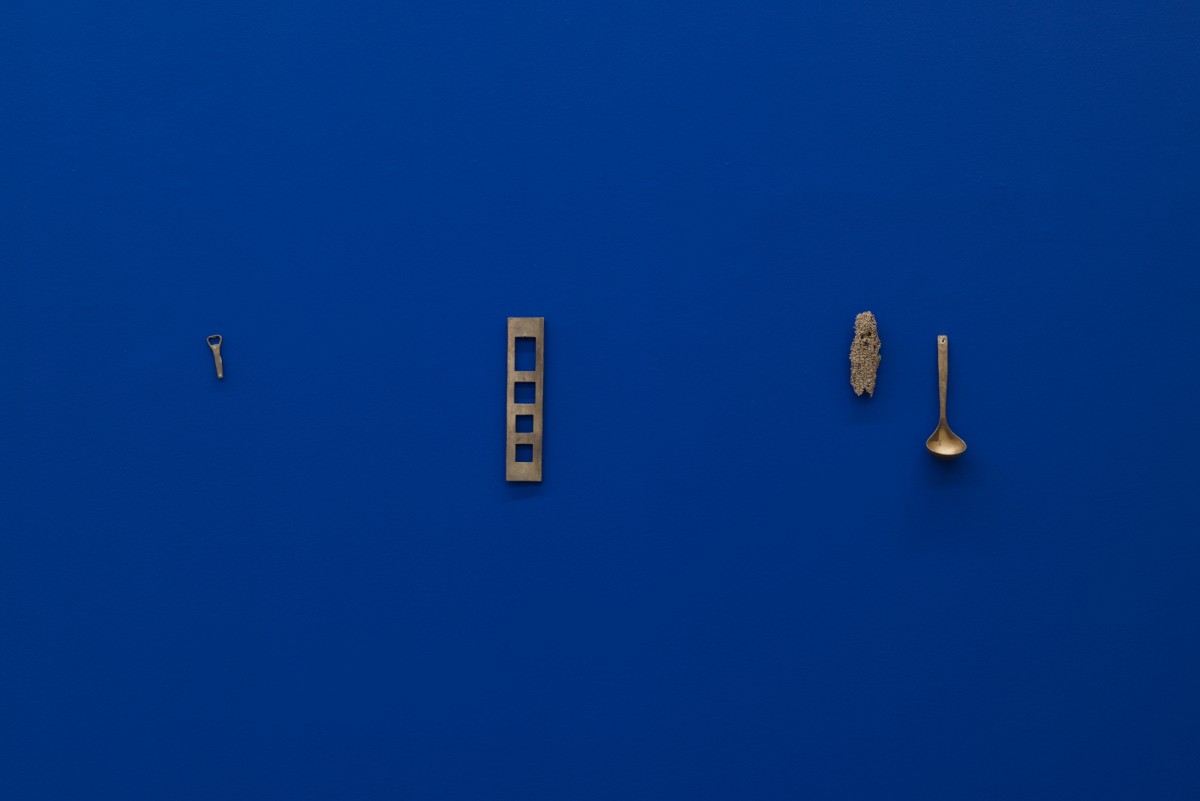 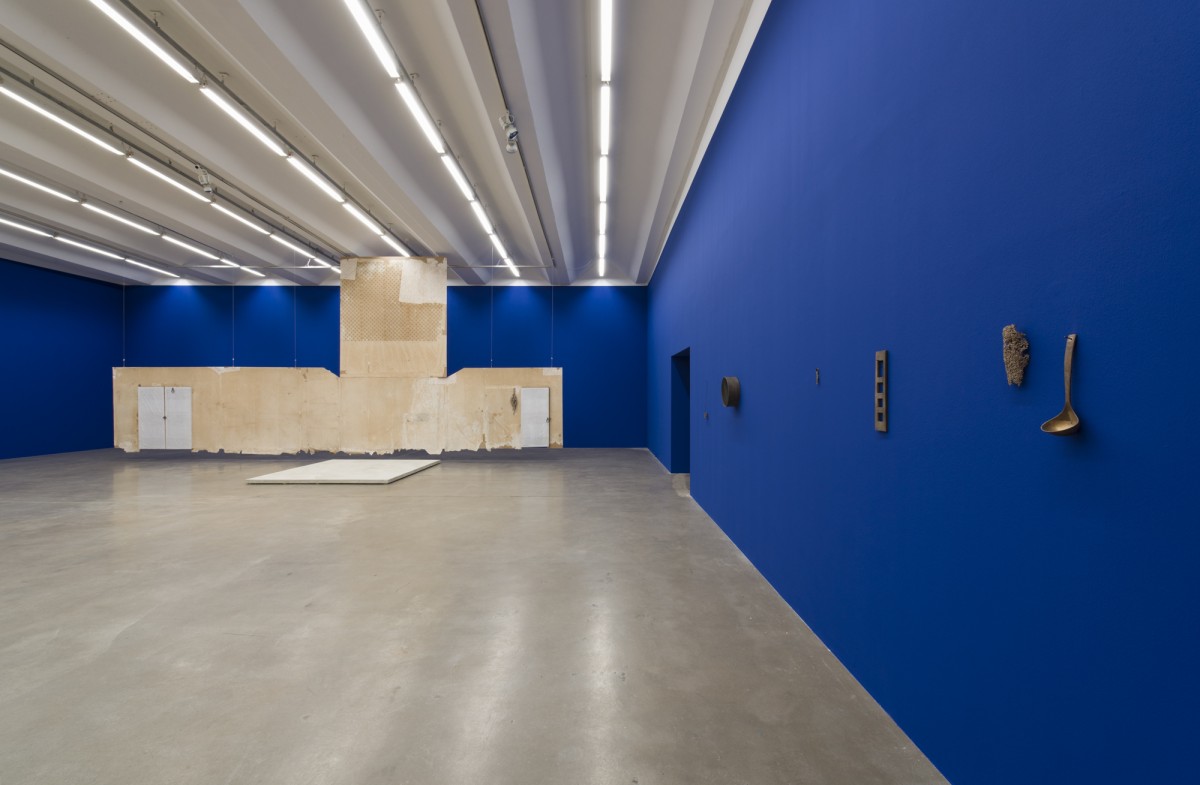 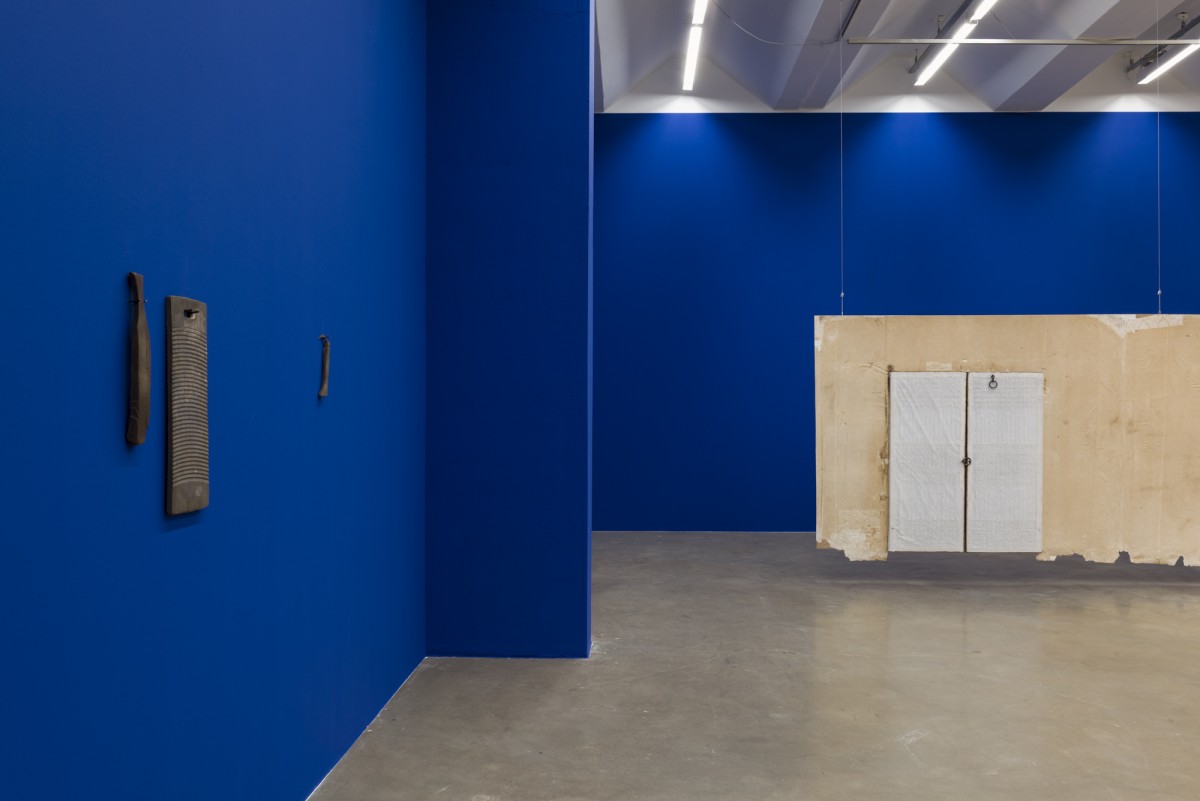 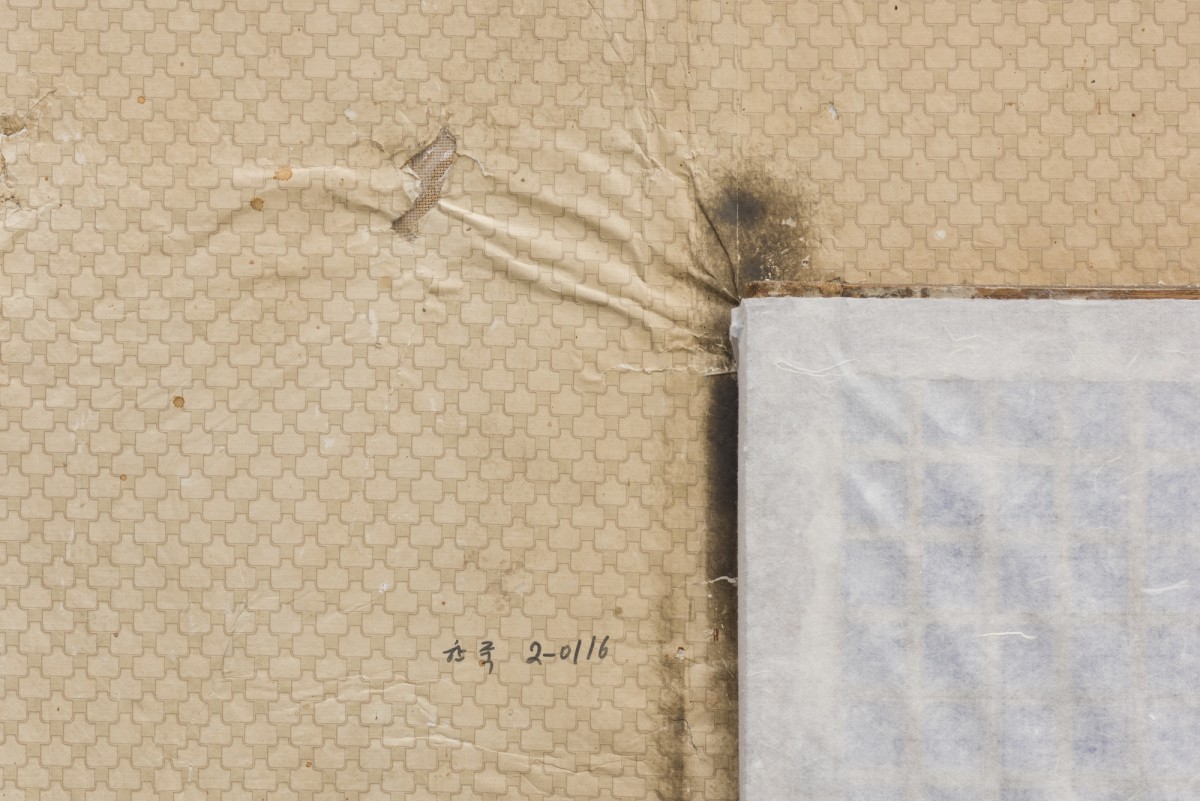 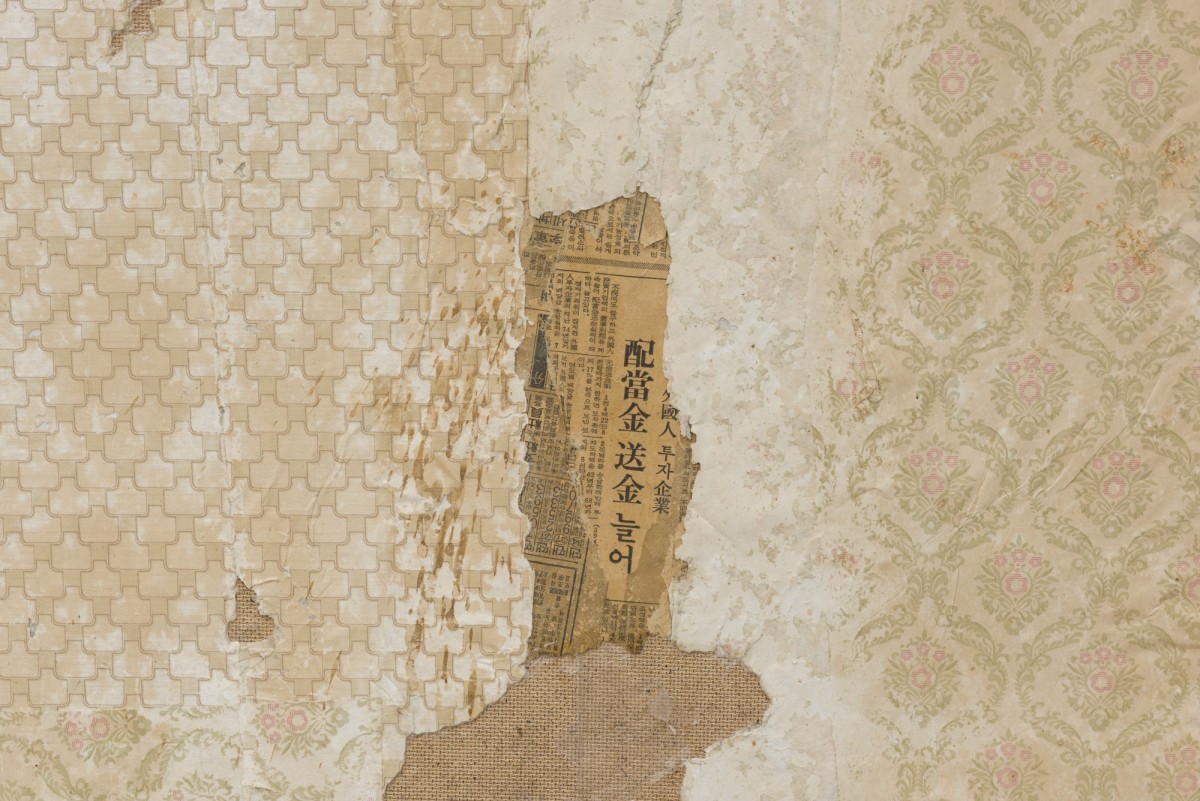 Vor •wurf (literally: forward•throw // meaning: reproach)
For the work serie Vor•wurf, Lee travelled to South Korea, to the village of Ha-Dong, near the port city of Busan, where her grandfather’s house stands. Some saw him as a brave personality, others as a violent family tyrant. Or maybe he was just a victim of the Korean War, in which he fought as a teenage soldier and from which he returned injured. He died shortly before Jeewi Lee was born, so she never got to know her grandfather personally. Despite his absence, he is one of the most present and still dominant figure in the family, which had strongly influenced the family and left deep traces and thus remained omnipresent.

Lee went to the abandoned house for the first time for the purpose of this exhibition and she confronted the past. She removed the wallpaper from the four walls and ceiling of her grandfather’s room and brought it to Germany in one piece. In the exhibition, the wall and ceiling now hang open, two-dimensionally, over ten metres long and free-floating from the gallery ceiling.
The grandfather had lived in the house for decades. His traces had been inscribed on the walls, sometimes literally speaking. When Lee peeled off the wallpaper, for example, she discovered some paper notes pinned to the wall underneath different layers. Words of wisdom, resolutions and amulets printed on paper, as well as newspaper reflecting a very specific time in Korea. For Lee, the wall of the unfolded room is like a second skin onto which the personal story of her grandfather is inscribed. In front of the floating wall, objects are hanging around – former household items of the grandfather she found on house walls as silent witnesses, cast in bronze and therefore frozen in time: a washboard, a sieve, a bottle opener, a soup ladle, a file, a dried sponge gourd, a hook, a gardenia fruit, a laundry beater, a baking dish and two dried fish.
The bronze sculptures counteract the setting of the worn and tattered wallpaper and open the view to the formal peculiarities and character of the everyday household and natural objects.